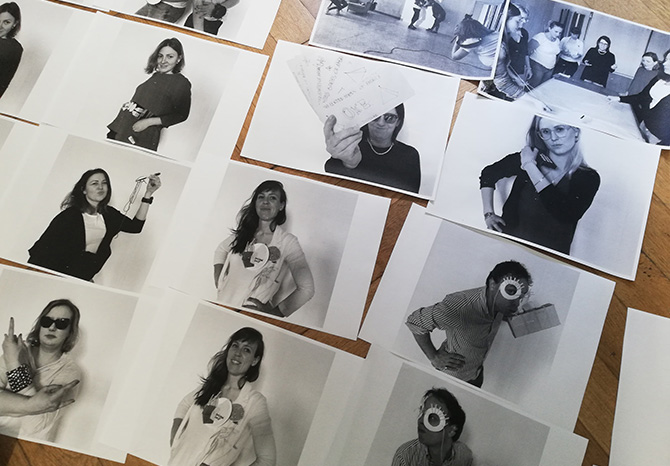 The 3 main starting points our workshop are: photo comics, film collage, and the large screen a la Manovich.

Nowadays the connection between pictures and people is changing. According to Manovich people’s absorption capacity has increased and it has a feedback effect on daily work, our management’ style in business.

The overall and parallel assessment of the many pictures being on the large screen developed by Manovich is the element (thing) people use. Namely that is the capacity to be able to get/capture the essence from a sequence of randomly set pictures.

In a photo comics there is no drawing. The order of the shots and the bubbles create a story in people’s mind. While for drawing comics a great experience and call are needed, this method – using a photo story – can be used perfectly in our small fraction stories without frustration.

Film collage (must not be confused with collage films) is a phenomena used widespread on the Internet when photos from one or more feature films are put into order using logic which is unclear for ordinary people. It does not matter what the designers of these picture-piles have inspired, either spontaneity or some mysterious logic, we think this kind of activity is the manifestation of parallel perception.

During the workshop the participants create an enormous non-linear collage. As a result their self- confidence for being able to read among dates and correlations of pictures is increasing. This exercise also draws the attention to the non-linear connection between small groups and their common achievements in a way which helps to work both in pairs and in group structures.

Through the creative methods of digital and media art this exercise also increases the toolbox of the team for understanding visual solutions.